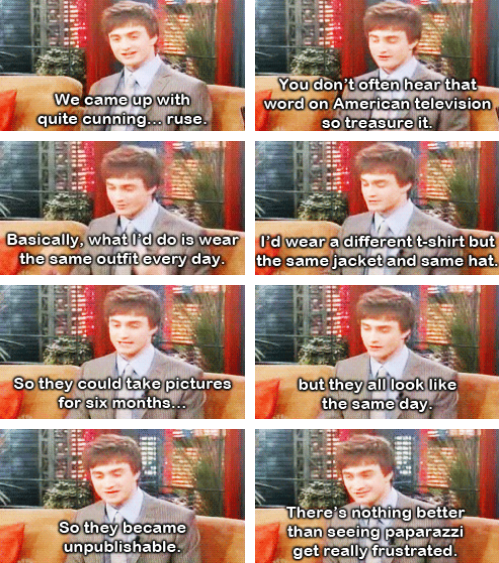 I was browsing Reddit and came across this image which I post here not because I think it's so hilarious it's worth a blog post, but rather it has my mind spinning on the realization of why an image like this exists. In the Age of YouTube why would someone spend the time to take screencaps of the same basic pose 8 different times just to tell the joke when the video clip itself was probably only 30 seconds long? My first thought was that perhaps this was a sign of our youth rebelling against the media machine that has begun to systematically pull videos from Youtube for copyright violations. Faced with the option of attempting to pirate a copy of a video just to grab a 30 second clip to make a point or to simply retell the joke, they're choosing door #2. Another interesting alternative is that images are rising up as the new medium by which a generation communicates. In a world where text over an image implies a sense of authorship this new form of media provides people a way to usurp true sources and take credit for spoken word. Or maybe there's a much simpler explanation:

Last week I found out that a UMW professor, Zach Whalen is teaching a course called Writing Through Media which he describes below: > This course is about media and it is about writing. The operative preposition through comprises the key, two-fold premise of this seminar: that new media technologies offer new literacies and that these literacies depend to some extent on using media technology to communicate effectively. In this advanced writing course, students will balance theory with practice, and the successful student will leave with technical, working knowledge of some New Media technology.

One portion of the course I find absolutely fascinating is that he is running a Subreddit and having the students engage that community. As an assignment, the students will get a grade based on the "Karma" (votes) they get from the community for the original work they contribute up to 100 points. Yet another example of the experimental nature of teaching and learning at the University of Mary Washington that I love!