Looking back on the large amount of work created during the ds106 course and thinking about the reflective advice given by myself and others, it occurred to me that along the way a lot of us have blogged our process as well as the final results. Information like that is invaluable to incoming students and I'm putting this post together as a sort of "toolbox" (primarily Mac since that's what I use but some cross-platform options) so they can have a good idea of what pieces of software and hardware they will find most valuable for content creation in ds106. It's not exhaustive, there are alternatives to everything, but these are the parts and pieces of my toolbox that got me through ds106.

MPEG Streamclip is a must-have for anyone doing work with video. This program can accept just about any video file format and export it to a variety as well. It also came in very handy during the Animated Gif Era for its ability to take a video clip and export it as a sequence of images (and I had a lot of fun experimenting with that feature in other endeavors early on before the course started). And the greatest part about MPEG Streamclip is that there is a Windows version as well as Mac! ### iMovie 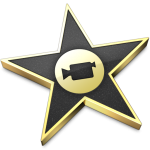 If there were ever a benefit to being on a Mac, the iLife suite of apps is it. For video editing you will be absolutely hard-pressed to find anything that packs as much power in a simple interface. I did every bit of my video editing for this course using iMovie. The voiceover feature was particularly helpful for the Video Essay assignment. You will likely need to play around with file formats when importing video from other sources because it only accepts Quicktime formats like .mov, but using the previous tool MPEG Streamclip, you should be all set. ### Garageband

As iMovie is to video editing, so is Garageband to audio editing. Many folks will turn to Audacity for various things, and that's a great open source option especially for Windows users needing multitrack audio editing. But Garageband is a great free option for Mac users and you'll find the interface extremely user friendly. For creating #ds106radio bumpers, your 30 minute radio set, or just setting up some special audio background stuff to later insert into a video, Garageband is a great option. ### LadioCast 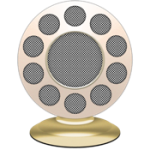 Speaking of audio and especially #ds106radio I'd be remiss not to mention Ladiocast. If you're looking to broadcast some tunes, a story, a live show of some kind, Ladiocast is in my opinion the greatest piece of software, and it's free! You can select multiple inputs so grabbing both your mic audio and the audio of your computer (iTunes/Skype/etc) using Soundflower is easy, as is adjusting the levels individually and monitoring the whole mix with headphones. Honorable mention in this arena goes to Nicecast, which while not free, does offer the option for archival recording which is great. ### Aviary Image Editor 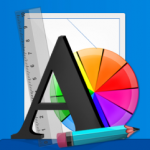 I have to be honest with you, as a designer my tool of choice when it comes to image editing is Photoshop. However I recognize that the price tag of that particular piece of software as well as the complexity of it rules out its use for many people. With that in mind my pick for image editing is actually an online web application called Aviary which gives you all the tools you need to pound out some great design assignments. You may also find the URL screenshot utility helpful for a Web 2.0 story. I've also used Picnik before and found that a decent web application for image editing. What about Gimp you say? Don't even get me started... So as I mentioned before this list is by no means exhaustive and clearly as a Mac user I've got many tools on here that have no Windows versions in development. But it's a start. What tools did you find crucial for ds106? Anything you tried and found a dud?