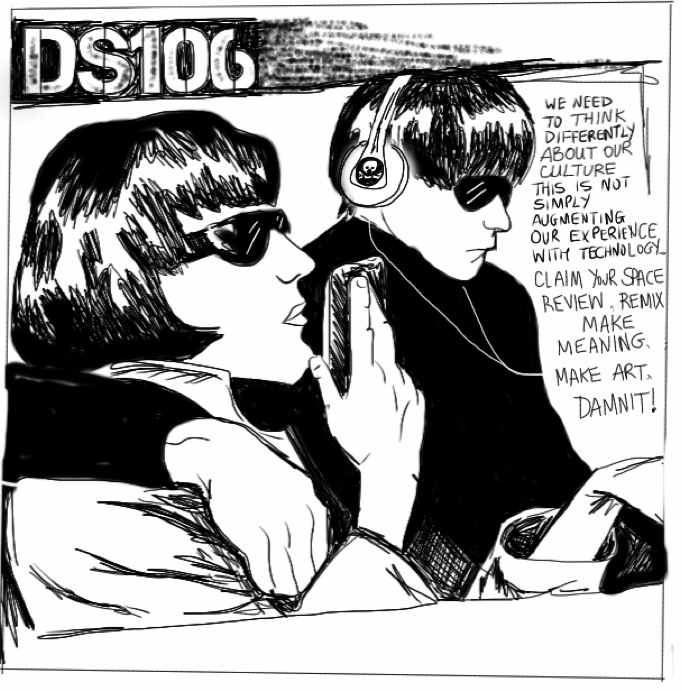 A few weeks ago over lunch Jim Groom mentioned to me that Zach Davis had moved DS106 to its own server space. On at least three occasions in the past semester it had capped bandwidth usage and it was often having fits of its own being in a shared hosting environment with the rest of Jim's smaller sites. It was time for DS106 to graduate to a dedicated server, and Zach Davis did an amazing job of making that transition to a cloud-based server seamless. Unfortunately it came with a cost of almost $3,000. For anyone that runs their own server it's probably right in line with a normal hosting cost for something as big as DS106 has gotten (it comes out to around $250/month). But it was certainly a cost that Jim wasn't going to be able to bear on his own. Reaching out to certain departments and resources within UMW was one option, but funding is tight and we're all lucky to have jobs with benefits. $3,000 for a single course website could have been a tough sell for an administrator. I had another idea, and it's never been done before. I've always wanted to do a Kickstarter project as I've watched that space grow in the past year or two. Their focus on music, art, design, and technology limits the avenues that I or we as a group could participate. But I wondered if perhaps this wasn't the perfect test of the model: a crowd-funded community of digital storytellers. Certainly we all played a part of building what DS106 has become. Could we all play a small part towards the success of something greater. I'm stoked to find out. Our Kickstarter page is live as of this morning and it's the result of much preparation and planning. A balance between covering the costs for DS106 for the next year and also printing and making some great things to ship out to people in the process we've set out a goal of $4,200. We were honored to have Giulia Forsythe make some amazing artwork for the limited edition t-shirt, which I already think will be the most popular item. But I also think we've approached some of the rewards in a creative way where it might entice folks to think about carving out their own space on the web. It's going to be fun to watch it progress. We've got 18 days to raise the funds. If we don't meet the goal by the deadline we've set (April 16th) no one will owe us anything and we'll try something different. If we go above and beyond the initial funding we will be able to do some really incredible things by paying for development of the code that powers DS106 and the Wordpress framework that feeds everything in. In reality you're not just contributing to DS106, you're playing a part in building an alternative model for open online communities and courses that can and will extend far beyond what we've done thus far. To say that the office has been abuzz as of late is a bit of an understatement. We're excited to finally get this off the ground and give people an opportunity to join together towards this common goal. Now quit reading my blog and go grab your reward. Let's make art...and history.