If there were ever a defining theme to this blog and my professional career, it's that I'm a tinkerer at heart. I love experimentation and pushing on the edges of what's possible. I grew up fascinated with the game Mouse Trap and putting together Rube Goldberg machines. This extended to my work with an ethos of duct taping solutions with a mix of whatever was available at the time to concoct interesting solutions. Some might see this approach as problematic, a risk compared to prebuilt all-in-one solutions. But in actuality I've found not only does this piecemeal approach to structuring solutions to problems provide really interesting, imaginative, and useful work, it also often results in a solution that can be changed easily over time as services come and go versus a single point of failure.

Jim's dream for Reclaim Video for a long time has been that it could be not only an archive and museum exhibit, but also that it could be part interactive art installation that uniquely pushes the boundaries of both the old and the new. The recent acquisition of a robot was one part of that vision that has been cool to see in practice (and honestly has use beyond Reclaim Video). With the iPad Robot someone can remotely connect and have the ability to move around the space, see and hear what is going on, and speak. At one point I'm sure we probably joked about how that's all fine but eventually someone has to be your arms and turn things on for you, play movies, etc so you're not really a remote store clerk at all.

So this week I decided to take that on as a challenge. I purchased 2 Wemo Smart Outlets and 1 Wemo Light Switch and wired it all up to the devices in the room. Additionally I connected them all to Amazon Alexa with a single Reclaim Video group and put a spare Echo Dot we had in the office in there. The result is that all of the devices as well as the lights can be turned on with a single command, "Alexa, turn on Reclaim Video". And as you might have guessed, anyone controlling the robot can speak that command to bring the room to life. I have hopes of maybe also getting the door lock connected and the vintage Emerson TV can't turn on because the button on it has to be pushed still, but so far so good!

The final (final? nothing is ever complete) piece of the puzzle here would be the ability to remotely play videos on the television. I considered a few options for this and landed on a Plex Media Server with an embedded player on a Raspberry Pi connected to the TV. Plex is a really impressive (and free!) media center and we have a Mac Mini in our conference room that gets barely any use that can store the videos and serve them up. And again, there is an Alexa skill for Plex that will let you play a video on any player via voice command. As we start archiving many films from our vast collection to digital, bringing up a film can now be as easy as "Alexa, tell Plex to play The Shining". I'd love to find better web-based remote options but a lot of stuff relies on being on the same physical network which would require setting up a VPN and it's frankly too much overhead. Using Alexa as a pass-through is a nice compromise and meanwhile employees physically in the space can use an iPad to control things as well.

Goals for the future are to put a Nest Camera in there and publish that to the web so that folks can see everything happening at Reclaim Video from wherever they are. The next logical extension to that would be "Guest Clerks" that get to control the robot, curate films, and work for a day in the life of Reclaim Video. I actually kind of love the idea of there being times where the space is physically alive, but the only way to access it is through the medium of the web. 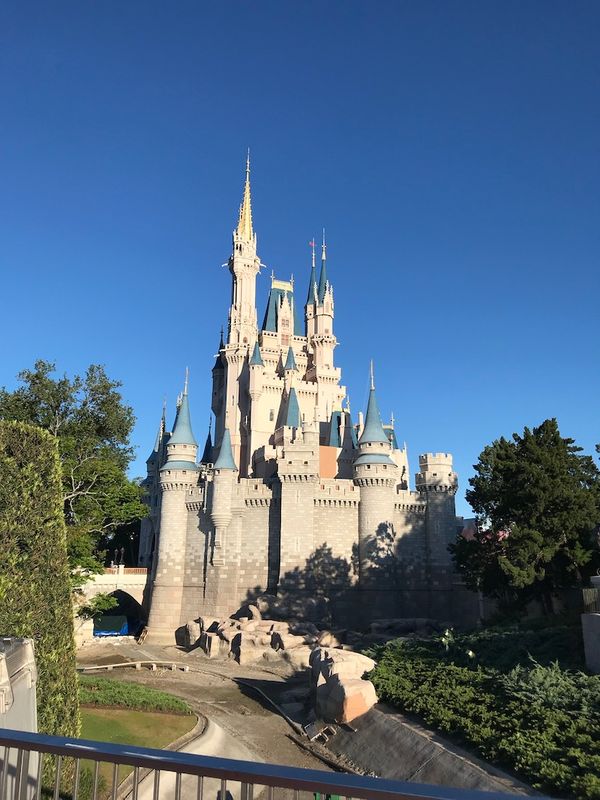 My family and I just returned from a fairly last minute trip down to Florida to visit Disney World. It's our second time going and sometimes I wonder if I

As the work continues on Smash TV I can quickly see that this will be a very special game to me. I'm learning a ton (probably a common theme in