It's always amazed me how certain technologies just seem to advance by leaps and bounds over the course of a year or two. I get to see this especially with technologies surrounding our makerspace where new products seem to appear on Kickstarter and tempt my wallet practically daily. I've been thinking a lot about 3D scanning lately in light of a proposed project by Jeff McClurken to have a group of students archive artifacts from the Monroe Museum in town as digital models and then reproduce them on the web as an exhibit (and perhaps 3D print some as well). It's one of those projects that I immediately wanted to say "Yes! I don't care how yet, but yes!". I couldn't be more excited to figure it all out. I'm no stranger to 3D scanning, in fact a model of myself that was scanned in over a year ago using the Xbox Kinect is on the Thingiverse (and happens to have over 3,000 views and 123 downloads, crazy). At the time I was using ReconstructMe which was a command line tool to do the construction and then a series of several programs to clean up the model for printing (closing holes and giving it a flat base mostly). Recently I came across Skanect as a newer option for 3D scanning using our trusty Kinect. The free version was very limited (basically gave you full access to the program but no ability to export to anything) but the paid version wasn't terribly expensive at $129 and after playing with the software a bit I can tell you it's well worth it. The interface makes it dead simple to scan in objects and get visual feedback on how the scan is going. It does a great job of ignoring background items and focusing on the object or item that's in the focal point of the camera. It also has some excellent post-processing tools built right in including the option to create a watertight model and crop the bottom to a flat surface. It can even do full colorization, something our 3D printers can't take advantage of but that's very useful for displaying these models on the web. https://www.youtube.com/watch?v=nbcnRgVNsZk We've also purchased a Makerbot Digitizer which should arrive in a few weeks. While the Kinect works well for larger items, it lacks the resolution necessary for smaller artifacts. The Digitizer works better in this regard by using lasers to read depth information. It has a turntable and Makerbot seems to have done a really excellent job of making it as simple as putting an object on, hitting a button, and getting a model that you can upload to the web or print immediately. While it's great for small objects, the volume area is limited to a 8" diameter so I imagine that could get limiting on the kinds of items we can scan in. It also does not read in color information that I am aware of. But it will also make models watertight and give them a flat base (as you'd expect from a company that began it's focus as a 3D printer manufacturer). I think the combination of the Kinect and the Digitzer are going to give us the best of both worlds to scan in a variety of artifacts. 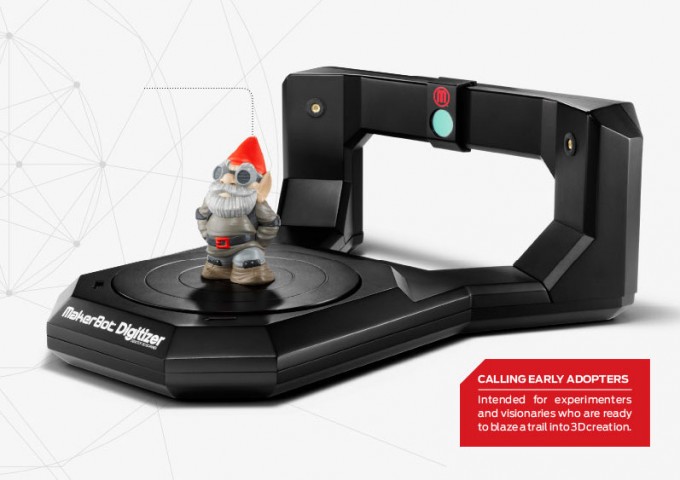 There is one other option out there that I haven't had a ton of luck with but I suspect that has as much to do with not getting the method exactly right rather than a limitation of the software. Autodesk has a cloud-based utility called 123D Catch that it appears they're modifying and improving to be a new piece of software called Recap. The software works by having you take a ton of images from all angles of the item and then uploading them to the site where Autodesk servers crunch them into a model. As I mentioned my results have been less than stellar but it looks like Recap has a lot more options for helping the process along with manual stitching. The reason I have hope for this process is an artist by the name of Cosmo Wenman is using this software right now to scan in artifacts at the Skulpturhalle Basel and the results are downright stunning. Between the level of detail he's getting and the excellent paint job he's doing with custom patina paints the replicas look absolutely incredible. I think this process depends a lot on high-quality images (think DSLR with a great lens and lighting control) and lots of them. The process might prove too variable to be of use for this class, but who knows. Need to play around a bit more. [caption id="attachment_1379" align="aligncenter" width="680"] 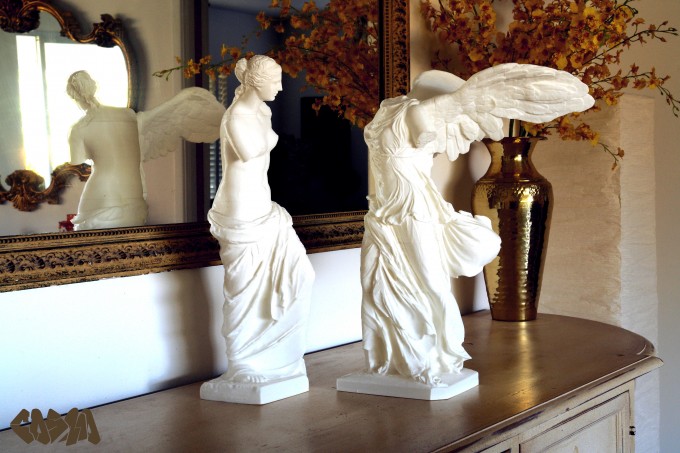 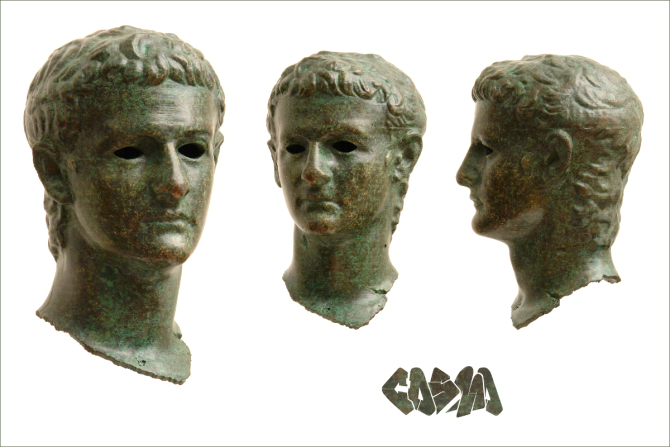 Lost wax casting in bronze with patina? Yep, he's doing that too.[/caption]   The last thing I want to mention is the ability for users to present these digital artifacts in interesting new ways. Offering a download is fine but most folks won't have the correct software to view it. Thingiverse uses custom javascript called "Thingiview" to allow any model that's uploaded to be interacted with in 3D. Another tool I've found that I really like is a site called Sketchfab. I found out about them because the Skanect software uses their API to automatically publish a 3D model. What's really great though is not only do you have a nice interface for interacting with that model, but you can also embed directly into other websites. The embeds take advantage of a newer technology in modern browsers called WebGL. It works in most modern browers and for older browsers as well as mobile devices you get a pretty decent fallback in the form of a basic 360˚ view. I think I've just found the perfect tool for the online exhibit piece!